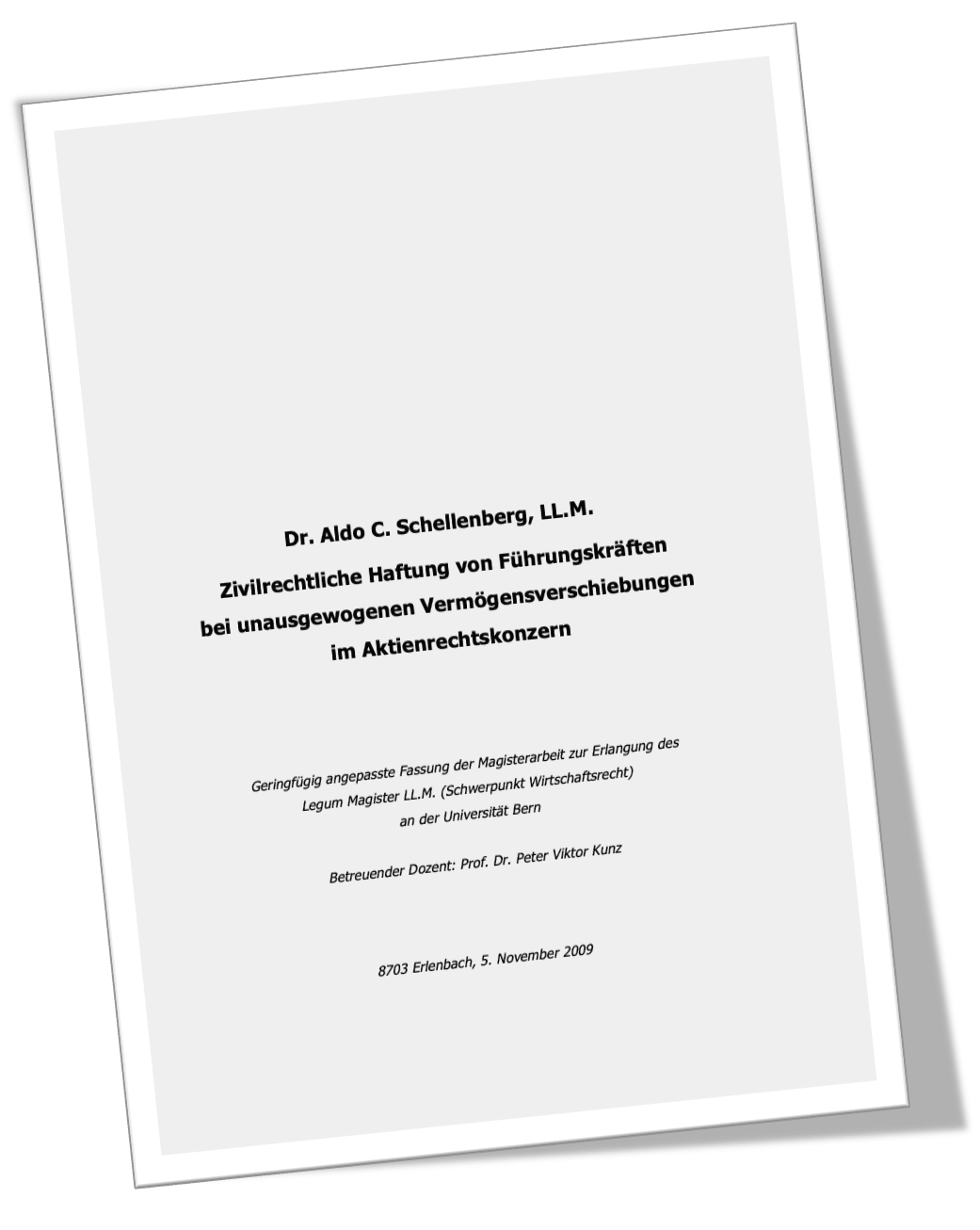 In group relationships, there are various horizontal and vertical service relationships that can also lead to one-sided shifts in assets among the group companies. Examples of such services are intra-group deliveries, agreements on intellectual property rights, management and other services as well as the issuing of guarantees, sureties and similar declarations.

Under the aspect of freedom of contract, there is nothing wrong with unbalanced contracts as long as the barriers of law and good morals are observed. Nevertheless, unbalanced transactions in corporate relationships have a considerable potential for damage. If minority shareholders are involved in the company, which is disadvantaged by a corresponding shift in assets, or if there are claims against them by creditors, there is a risk that a reduction in the company’s assets due to a unilateral transaction will cause damage.

Although company law provides for various protective mechanisms in order to protect the interests of minority shareholders and creditors, their protective content in matters of corporate law is usually low. As a result, corporate creditors and shareholders can only defend themselves to a limited extent against the order and implementation of such asset shifts. A further complicating factor is that corporations are highly complex entities, and due to this lack of transparency, creditors and minority shareholders are often denied the possibility of recognizing potentially damaging transactions at all. If an intra-group transaction actually leads to damage to a creditor or a minority shareholder, the question arises whether the damage suffered can be asserted against the executives involved as part of a liability claim.